About Our WordPress Collaborative Internet Team

Hi! How Are You Today?

Please Allow Me 2 Introduce Myself, and 2 Introduce Our WordPress Collaborative Internet Team.

My name is Allen Darman.

A Suppressed Alternative Medical Discoverer that is miraculously still alive!

A Vulgar Truth Soldier for God.  Fuck ‘em if they finally succeed in killing me. Although “longevity has it’s place”, as Martin Luther King once said—> I am proud to serve my Fellow Americans in this way! if need be.

My other names on the Internet are NutrientsCure, Allen D,SmokeMasterAllenD, and ADOGG, a recent new nickname of mine.

The picture below shows my eldest son Willy at about seventeen and a half years old after >>>he applied a wide range of Nutritional and Natural Supplements to himself<<< for three and a half years (beginning when he was almost fourteen years old), and he used a few simple lessons (that his father taught him verbally) and a little of his own Common Sense.

What My Son Willy Did Between August of 2004 and February of 2008 Exposed the Enormous Hoax of Drug Oriented Medicine!, if the Truth Ever Became Known! No More ADHD! No More Bipolar Disorder! and No More Weak and Sickly Childhood Health!

The Picture below shows my eldest son Willy’s Health at the hands of conventional medicine.
This Picture represents my son Willy at about ten and a half years of age, after being on Ritalin for about four years for an ADHD diagnosis and classic bipolar symptoms. At this point in his life Willy was not very happy, and he had both Seriously Compromised Mental and Physical Health. 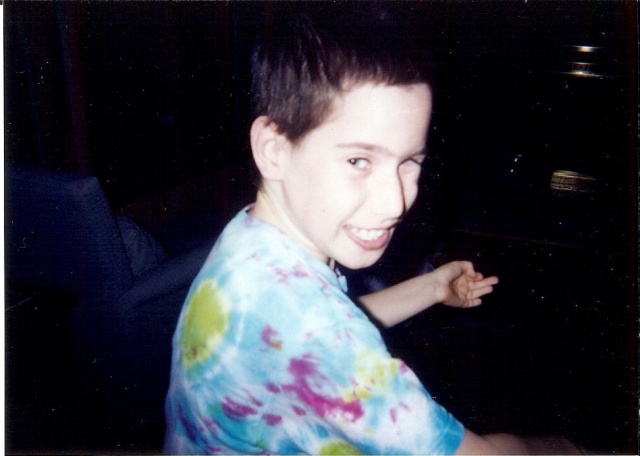 Essentially I taught Willy verbally ***the Basic Facts that He Needed To Know***
In Order to Become ***An Effective Doctor of Himself***, and
***I also gave Willy the Supplement Tools*** that he needed to do so.
Willy did the rest!

Puff Puff Pass! Have a hit with me over the net in video!… it’s Fun! lol
See this link 4 A Great Example!!!!!>>>getting freaky with maria marihuana

About Our WordPress Collaborative Internet Team

A WordPress Collaborative Internet Team has been “Collaborating Intuitively With Each Other Using WordPress” over the Internet since April 2012.

“Collaborating Intuitively With Each Other Using WordPress” means that although a number of people are working together using WordPress to achieve the same ends (an Internet Woodstock or one here… and a Justifiable Revolution In America) and Worldwide as well, we are not in direct contact with each other in any way (such as email, messaging, phone, or talking face to face).

One member of this WordPress Collaborative Team is Allen Darman (pictured above), the primary author, an alternative medical discoverer and co-discoverer, and the man behind the rather massive Alternative Medicine (and more) WordPress Website of close to 3,000 blogs calledNutrientsCure.WordPress.com.

Another member of this WordPress Collaborative Team is Mark Jaquith of CoveredWebServices.com.

Mark Jaquith is a brilliant and heroic man. He is one of the top people in America, if not the World, in regard to WordPress and its underlying coding. And he is the first person that publicly supported me while using his name.

Some other heroic persons in San Francisco supported me a few weeks before Mark J in April 2012, but I do not know any of my other WordPress Collaborative Internet Team Members by personal name, email address, phone number, or any other way.

The fact is that other than Allen Darman and Mark Jaquith, all of the rest of our WordPress Collaborative Internet Team members have chosen thus far to remain anonymous (due to the personal risks involved in telling the Truth).

According to Allen… “Other than Mark J, I do not know who has been heroically helping me with WordPress since April 9, 2012. However, I strongly suspect that whoever they are, they are living in the San Francisco Bay Area, if not San Francisco proper.”

Despite some members of our WordPress Collaborative Internet Team not knowing each other personally, we are helping each other over the Internet in an anonymous fashion in order to get a number (16+) of Socially Significant WordPress Websites Organized, Edited, and Completed.

We are also at war with Big Banking, Big Pharma (an Evil of Epic Proportions), Big Oil, Big Nuclear, Big Coal, Big Energy, Big Medicine, Big Farming, Big Food, Monsanto, the Illuminati (or whatever the heck they call themselves), Organized Religion, the Mafia (unless they switch sides), and with Many Other Powers that Be too.

There is perhaps not a single Power in the World outside of the Powers that Be on the Internet such as Google, Facebook, Twitter, and those on The Internet that Recognize, Support, And Share The Truth that our WordPress Collaborative Team does not threaten in one way or another.

It is a case of the People against their Unjust Or Untruthful Oppressors, whomever and wherever they may be.

We Stand For Every Just Cause Worth Mentioning.

We Stand For Nature, and For This Beautiful Planet God Gave Us that Is Being Irreparably Damaged Due to Corruption, Stupidity, Power Hungry Madness, and Greed.

We Stand For the Truth.

And Heroic Help from our
San Francisco Hippie Gang of

We Won’t Take U.S. Government Lies and their Federal Government Suppression of Truth for an answer any more!!!  It is High Time For the Truth to Set the People Free!

What Follows are Screen Shots of the 17 Websites (16 Supporting Websites + one Primary One) that will ultimately be instrumental in bringing our corrupt U.S. Government Down!!!

The Three Primary Goals of the 17 Patriot Websites Reflected in this WordPress Blog are (1) Via Education in regard to Alternative Medical Suppression (also here), Energy Invention Suppression and 9/11 Truth to Foster a Justifiable Revolution in America by the Patriot Movement (also here and here and here), (2) To Promote the Idea of the Need for an Internet Woodstock (also here and here) to Wake the Patriot Movement and the American Public Up in Time, and (3) To Assist in Developing a Collaborative Effort between Silicon Valley, the Patriot Movement and the American Mafia in order to topple the corrupt United States Federal Government.  (There are some Secondary Goals in regard to the Websites listed below as well.)

All of the Images Shown Below are Clickable, and will lead to the Website shown.

16 Supporting WordPress Websites to the Primary Patriot Movement One of SweetSixteenWebsites.WordPress.com:

SHARING IS CARING! USE the BUTTONS Below (at the end of this blog) to SHARE THIS BLOG with ALL OF YOUR Facebook and GOOGLE+ FRIENDS!

The art of writing is the art of discovering what you believe.Gustave Flaubert

Discovering what you believe using an Incredibly Versatile Writing and Blogging Platform called WordPress can be dangerous to your health. Hopefully, the Power of the Internet will someday be shown to have been great enough to save those that tell Truths that threaten Government, Corporate, and Other Wealthy and Powerful Interests on the Internet. Allen D

If the writing is honest it cannot be separated from the man who wrote it.Tennessee Williams

I think before and during the time that I am writing.  When I think, I use this Incredible Organ called a Human Brain. Even if there are Aliens out there somewhere (or here already, as may very well be the case), there is Nothing Quite the Same as the Human Brain in the Universe. I know that many people say that “There is Not a God!”, but when I ponder all of the human brain’s and the human body’s complexities, I sure as heck know that there is Something Out There on a higher level than us!  When it was made the Earth was just some molten Star Material that got thrown off and eventually became this Round Ball we call the planet Earth.  Out of this molten rock thrown off from our sun when it was born “We have a human brain!” and “We have a human body” and “We have all the other trees, plants, animals, fishes, and mammals with a body and a brain 2!”. Who designed all this stuff? Who or what made this all happen? from “some cooled off molten rock that simply missed being made into our sun”? And who made all of the other Stars and Planets in the Universe? and all the Other Life out there too far away from us to see its mathematically certain existence? Who makes the Earth go around the sun, staying at just the right distance? In my mind, there is a God! There has to be! This God, God/Nature if you will, Made My Brain and my Body! and He or She told me to Use Them! And Use Them Wisely! And this God/Nature told me that “when I write” I should be Honest, as Honest as I can possibly be! I have no problems whatsoever being honest when I write, 4 I am a Creation of God/Nature just as you are don’t u see? If not, perhaps your Natural/Conscience will eventually let u know who you really are. It helps if “You Just Look at Yourself” in the mirror in the morning for a little while and Look Straight into Your Own Eyes.

The Fate of both America and the World may very well hinge on a Corporate Entity called Google… for this Influential Corporation is Perhaps the Only One in the World that has Both the Power and the Means to Actually Change Things in Time, assuming that they take the reins to do so in their hands and use these reins for the Betterment of All Humanity. AllenD

There is no doubt in my mind that Google, the Mafia, my WordPress Team, and some other Smart People working in Respectful Collaboration with Each Other represent “the Very Best Chance 2 Save both America and the World” that we have got. AllenD

Words, once they are printed, have a life of their own. Carol Burnett

Words, once they are put on the Internet using WordPress, have the ability to go throughout America and around the World… at least until the “Ministry of Truth” United States Federal Government Censors take over a matter of months from now. AllenD

I am a drinker with writing problems. Brendan Behan

I am a writer that likes to Smoke a Natural/Green/Plant made by God/Nature! called pot…puff puff pass! I’d be quite pleased if ya do! lol AllenD

I can’t imagine the old days.  You know, the ones before you had computers, Smart Phones and the Internet to Communicate With and Manage Things! Allen D

24 thoughts on “About Our WordPress Collaborative Internet Team”